"John Wayne was from Waterloo, Iowa," Mrs Bachmann told Carl Cameron of Fox news in an interview. "That's the kind of spirit that I have, too".
"The actor was actually born in Winterset, Iowa, which is about 150 miles southwest of Waterloo. It was John Wayne Gacy, known as the killer clown who raped and murdered 33 teenage boys in the 1970's, who lived in Waterloo."

I should have said the reading this Wednesday is at 7pm!

I have seen this film so many times, as many times as I've actually seen the good movies I love. Do yourself a favour and rent immediately. And I do so enjoy the girls of gofugyourself:
http://gofugyourself.com/fug-the-fromage-country-strong-06-2011

I fully have those blue trousers and tan loafers in my wardrobe. I am considering experimenting with a blouse buttoned all the way to the top. Will certainly let you know how I get on...

For those who have read the book, here's a little photo from the Istanbul section. Appropriately enough, I was locked out of a suite called 'War and Lovers'. If you're going to Istanbul, you must stay at the Hotel Poem. It's cheap, cheerful and, as I note in the chapter, has the names of Turkish love poems instead of room numbers. 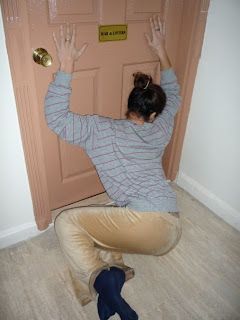 Now, I've been meaning to tell you something I wish my Dad had said in time to make it into the book. But he only said it last month, when my parents were in L.A. We were reading at a certain hotel swimming pool when Annie Lennox walked out and took the lounger next to us. My Dad immediately texted my Mum, who was too engrossed in her book to notice (and never cares about such things anyway): "ANNIE LENNOX ON LOUNGER NEXT TO YOU". When we got home I asked why he'd felt compelled to alert her. He answered, his eyes still a little wide with concern: "So she didn't make fun of Scottish warblers".

Book Court in Park Slope. Hope you can make it.

http://www.nytimes.com/2011/06/12/books/review/book-review-your-voice-in-my-head-a-memoir-by-emma-forrest.html
I'm really happy to be reviewed in the New York Times at all, let alone get such a thoughtful, positive review by a writer who really gets it. I've never met Emily, but she's definitely my new favourite journalist.

I really enjoyed this interview last month, even though I was put on tape after walking through a rain storm so bad I had to take off my top three layers and rock the Jack Kerouac T-shirt and Jewfro.
http://wheelercentre.com/videos/video/emma-forrest/# 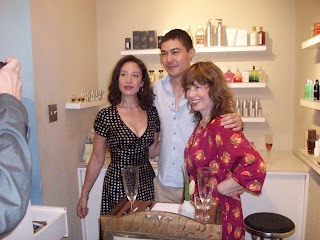 I did a beautiful event, last night, at Scent Bar, the Los Angeles boutique that's basically a library of perfume. I read segments from my book, and Katie Puckrik "curated" the appropriate perfume for each emotion, which was handed out to the audience to smell. Katie chose expertly, summarizing both scent and feeling. I have this passage in my book:

"Mania flows like a river approaching a waterfall. Depression is a stagnant lake. There are dead things floating and the water has the same blue-black tinge as your lips. You stay completely still because you’re so afraid of what is brushing your leg, (even though it could be nothing because your mind is already gone). That’s why you lay in your bed, (in the centre, with my dark blue sheets. The silver curtains are a nod to mania. They were something that seemed like a good idea at the time). My bras are hung on the wall behind my bed, crucified for my sins. I have thirty six bras. I counted. I hold my hands over my breasts in my days and weeks and months in bed, as if someone might steal them."
So, for mania, Katie chose 'Commes des Garcons Daphne',  describing it thus:
"High strung and dramatic, going in lots of directions at once. You just know Daphne Guiness was telling perfumer Antoine Lie: "I like oranges and oud and roses and sex and candy and tuberose and saffron and kittens and monkeys and coconut and incense!" It's a perfume with no boundaries, no sense of what's appropriate..."
Depression was 'Serge Lutens Gris Clair... ', which made me clutch my heart when I smelled it.
I mentioned, a few posts ago, 'Protection' by Rossy de Palma, and Katie picked it to symbolize the optimism in my final chapter, telling the audience:
"Your book ends hopefully, with the recognition of love as a force field, as protection. This is a sharp metallic/earthy rose, the smell of a rose turned flesh. Roses crushed passionately and protectively to your chest..."
You can read more from Katie at katiepuckriksmells.com and you can order samples at luckyscent.com
Here we are, with Scent Bar's Steven Gontarski, who organized the night. Yes, I am wearing the same Marc Jacobs dress I've owned for ten years and yes I have cut six inches off my hair. And, yes, it was because of this photo: 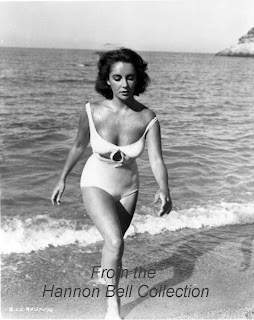